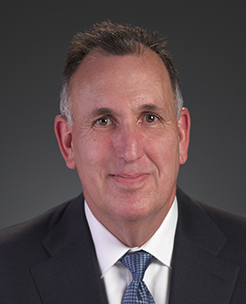 Steve Gordon was appointed Director of the Department of Motor Vehicles by Governor Newsom in July 2019. Gordon comes from the private sector with experience in the high-tech and life sciences markets. He has spent most of his career leading various global services businesses at Cisco Systems and global business services at Becton, Dickinson and Company.

Gordon has a BA in Business Administration from CSU, Stanislaus. 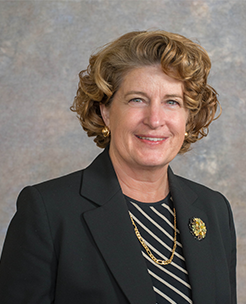 Kathleen K. Webb was appointed as the DMV’s Chief Deputy Director by Governor Newsom in July 2019, after serving as the acting Director for five months. Webb comes to the department from the Government Operations Agency (GovOps) where she is the Director of Performance Improvement for the Eureka Institute. In this role, she is leading efforts to launch a data-driven performance improvement framework that integrates planning with process improvement and innovation to achieve better results for Californians. These efforts include the development of the California Lean Academy and California Leadership Academy.

Webb’s previous public service experience includes: Assistant Secretary for the GovOps Agency, Chief Risk and Compliance Officer for CalPERS, Director of Policy and Risk Management for California Correctional Health Care Services, Deputy Director for the Department of General Services, and Director for the Governor’s Office of the Insurance Advisor. She also held multiple positions with State Farm Insurance from 1986 to 2006, including agency, claims management, and legislative affairs.

Webb earned her Bachelor of Arts degree in Political Science and Women’s Studies from University of California, Berkeley and a Charter Property & Casualty Underwriter professional designation. 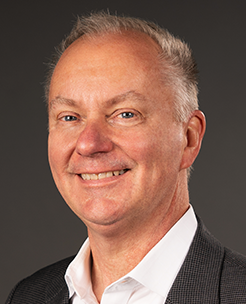 Swenson was the Senior Director of Global Services Logistics Planning as part of Cisco’s Global Customer Experience leadership team. During his more than 30-year career in the technology and utilities industry, Swenson has held many positions in engineering, software development, customer assurance, product security incident response (PSIRT), and business development.

He earned Master of Science degrees in Management and Electrical Engineering from Stanford University. 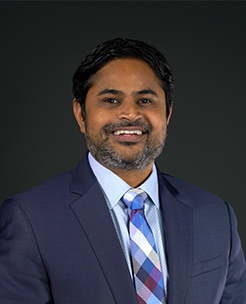 Ajay Gupta was appointed Chief Digital Transformation Officer in February 2020. The CDTO leads technological efforts to enable the DMV to become a modern enterprise. Gupta has served as a special advisor to the DMV Director since 2019.

Before joining state service, Gupta worked as a managing director at KPMG, where he led the delivery of legacy transformation, technology innovation, and managed services for State departments nationally. Gupta brings more than 23 years of public sector experience to the DMV. He served state departments in California, Texas and Hawaii while working for CGI Inc., Visionary Integration Professional Inc., Deloitte LLP, and Tata Consulting Services.

Gupta has a B.E. in Electrical Engineering from Delhi College of Engineering and an MBA in Marketing and Information Technology from UC Davis. Gupta is also certified as a PMP, CSPO, Cloud Practitioner, and Enterprise Architect. 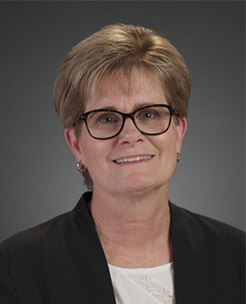 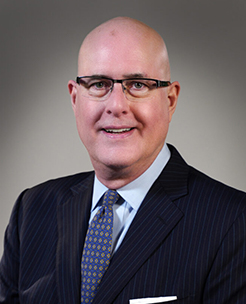 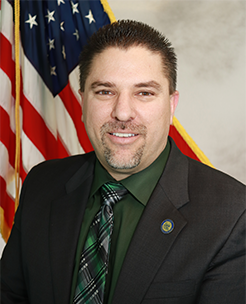 Crockett served as an Accounting Technician at the Department of Food and Agriculture before joining DMV in October 1998. He held a variety of positions in the department’s accounting office, including Accountant Trainee, Accounting Officer Supervisor, and Staff Administrative Analyst of Accounting Systems. From July 2007 through February 2011, Crockett took on the role of Assistant Division Chief before becoming Chief of the Budgets & Fiscal Analysis Branch from March 2011 through June 2018.

Crockett holds a Bachelor of Science degree in Business Administration with a concentration in Accounting from California State University, Sacramento. 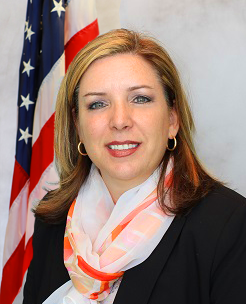 Sonia Huestis took on the role of Acting Deputy Director of the Customer Services Division (CSD) beginning October 2016 and was officially appointed to the position in February 2018. The Deputy Director is responsible for the department’s customer communication areas, which consist of the contact centers, website and information release areas.

Huestis joined DMV in July 2016 when she was appointed Assistant Chief Deputy Director. Previously, she was Deputy Appointment Secretary at the Governor’s Office. She also served in multiple positions at the California State Controller’s Office beginning in 2000, including Section Chief for the Operations Support Unit, Staff Services Manager II for the Unclaimed Property System Replacement Project, Staff Services Manager I in the Reporting Services Unit, and Staff Services Analyst. 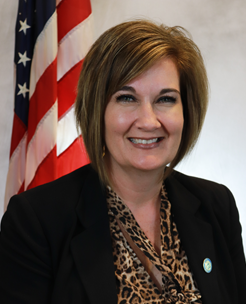 Coleen Solomon was appointed in December 2018. The Field Operations Deputy Director is responsible for the overall management and operation of the Field Operations Division (FOD), which include the development and implementation of policies and procedures to support the department’s mission critical programs of vehicle registration, driver licensing and related services to the public.

Solomon served as a Criminal Identification Specialist at the Department of Justice from December 1993 until November 1997, when she joined DMV as a Driver Safety Hearing Officer. She held several leadership positions in her 16-year tenure with the Driver Safety Branch and became Chief of the Driver Licensing Branch in November 2013, filling that role until she moved on to FOD as the Assistant Deputy Director in the fall of 2018.

Solomon has served as Chair of the American Association of Motor Vehicle Administrators (AAMVA) Problem Driver Pointer System/National Driver Registry Working Group and the Region IV Representative of the AAMVA Driver Standing Committee. She earned a Bachelor of Science degree in Criminal Justice from California State University, Sacramento, and a Master of Science in Human Relations and Business from Amberton University. 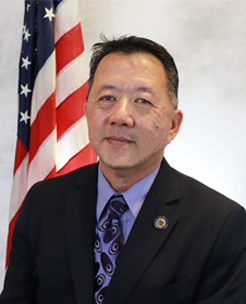 Rico Rubiono was appointed in November 2016. As Chief Information Officer, he oversees DMV’s Information Systems Division (ISD), which includes implementing the department’s information technology, and coordinating infrastructure and service delivery across DMV. Rico is responsible for managing the Information Technology (IT) budget and actively leading approximately five hundred IT staff at DMV.

Rubiono was Deputy Director of the Communication Programs Division for one year before being called on to lead ISD. He began his state service in the division, holding various positions throughout a 28-year career, including developer, database administrator, application development manager, and as technical delivery manager for multiple major IT projects. Rubiono was also Chief of the Information Technology Services Branch.

Rubiono has a Bachelor of Science degree in Computer Science from California State University, Sacramento, and is a graduate of the DMV Leadership Development Academy. 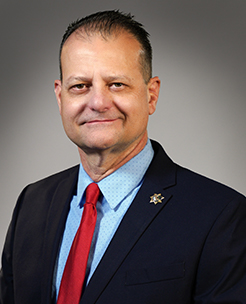 Before assuming his new role, Greminger was the Deputy Chief for Region I since March 2020.  He previously served as Northern Area Commander.  Greminger started his law enforcement career as a police officer in the early 1990s.

Randy Vera assumed his sharing role as Acting Deputy Director of the Investigations Division in April 2021. He had been serving as Region II Deputy Chief of three Area Commands, which include Orange, Riverside, San Bernardino, San Diego and Imperial Counties.

Vera began his law enforcement career in 1995 as a DMV investigator.  He worked at the Inglewood, Winnetka and Canoga Park District Offices.  In July 2004, he was promoted to Supervising Investigator at the Ventura District Office, and then transferred to the Canoga Park/Granada Hills office in the same position. He attained the position of Commander in August 2016 and oversaw the El Monte, West Covina, and LA Metro District Offices.

During his career, Vera served on the Los Angeles Police Department’s Auto Theft Task Force and oversaw the Vehicle Dismantler Industry Strike Team (VDIST). VDIST is a multi-agency collaboration of environmental and regulatory agencies tasked with the enforcement of unlicensed and unregulated automobile dismantlers. In addition, Vera has developed and taught courses that focus on identity fraud, title washing, liens sales theft, defensive and tactical communications, and others.

Vera received his Bachelor of Science degree from the California State University, Sacramento. He is also a graduate of the prestigious Commission on Peace Officer Standards and Training (POST), Sherman Block Supervisory Leadership Academy for Law Enforcement. He is a member of the California Peace Officers Association. 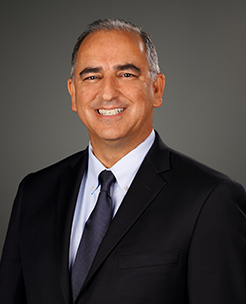 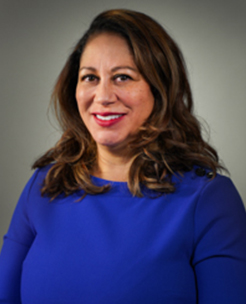 Trina Washington began serving as the Deputy Director of the Licensing Operations Division in January 2021. In her role, Washington oversees the DMV’s licensing programs and operations, which includes Policy and Automation Development, Occupational Licensing, Driver Safety, and Motor Voter programs.

Washington started her DMV career as a Motor Vehicle Representative in the Field Operations Division (FOD). She held several leadership positions in the Registration Operations Division from 2007 to 2017, and became the Program Manager in Customer Service and Program Support. Washington served as FOD’s Region III Administrator, which she oversaw field offices in the greater Sacramento from March 2017 to January 2021. 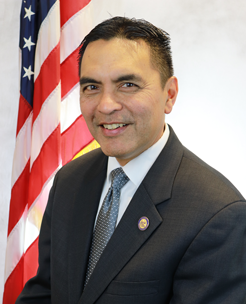 Soriano joined the DMV in December 2004 as the Chief Information Officer (CIO) and Deputy Director of the Information Systems Division. He has been serving as the Deputy Director of the Enterprise Risk Management Division since 2012. Before joining the department, he served as the CIO for the California Secretary of State and CalFire. In the private sector, Soriano held technical and management positions at Hughes Space & Communications, where he worked on satellite control systems and participated in their launch missions. He was also the assistant technical director at the USGA Research and Test Center. Soriano was an adjunct faculty member at California State University, Sacramento, where he taught in the College of Engineering and in the College of Business Administration. Soriano was a Lieutenant in the U.S. Navy Reserve and was a finalist in the NASA astronaut program.